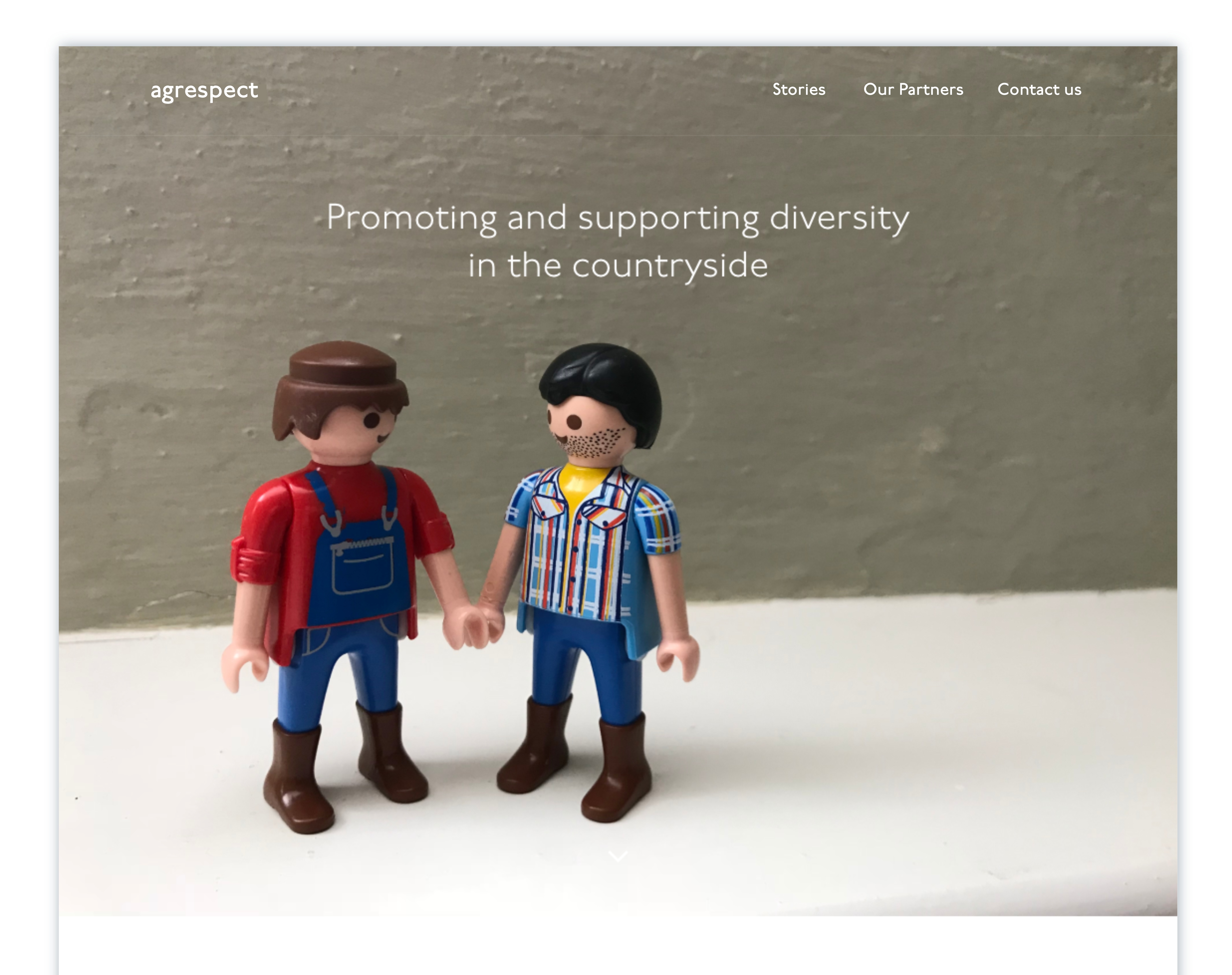 Members of the LGBTQ+ community in the UK still face challenges within the farming community – there is often a veil of silence and shame drawn over the subject of sexuality. This in turn has led to lives lived inauthentically.

Light has been shone on these challenges In recent years by projects such as the  beautiful documentary Landline and the Sundance winning film God’s Own Country. But Matthew Naylor – the Founder of Agrespect – felt there was still much more to be done. He wanted the LGBTQ+ farming community to be celebrated and heard.

Matthew approached me in 2018 with an idea for an LGBTQ+ network that gave people the space to tell their stories. One that would encourage them to share their experiences, where diversity is celebrated and where people could be their authentic selves.

He also wanted to invite prominent organisations within the farming industry such as Massey Ferguson, Fendt and McDonalds to publicly pledge their support for the LGBTQ+ farming community by signing the Agrespect pledge and in doing so “stand against prejudice and support rural LGBTQ+ diversity, inclusion and enablement”.

Matthew needed an online space where the network could flourish and grow, a platform where people could share their stories but that could also be used as a powerful marketing tool to reach the multi national companies he wanted to bring on board.

Focusing initially on creating the brand we took qualitative audience research through conversations conducted with members of the LGBTQ+ community and then created user personas and scenarios based on these interactions. This research would work as a great jumping off point and as the community grew and we gained more insights we could reassess the strategy over time.

Agrespect’s values were easily identifiable right from the start

We wanted to create a distinctive tone of voice that reflected these values and that could be used throughout all of our brand communication be it content marketing, social media or directly with members of the community.

The language used was also incredibly important we wanted to make sure no one was left out, that it was inclusive and accessible, clear and simple. 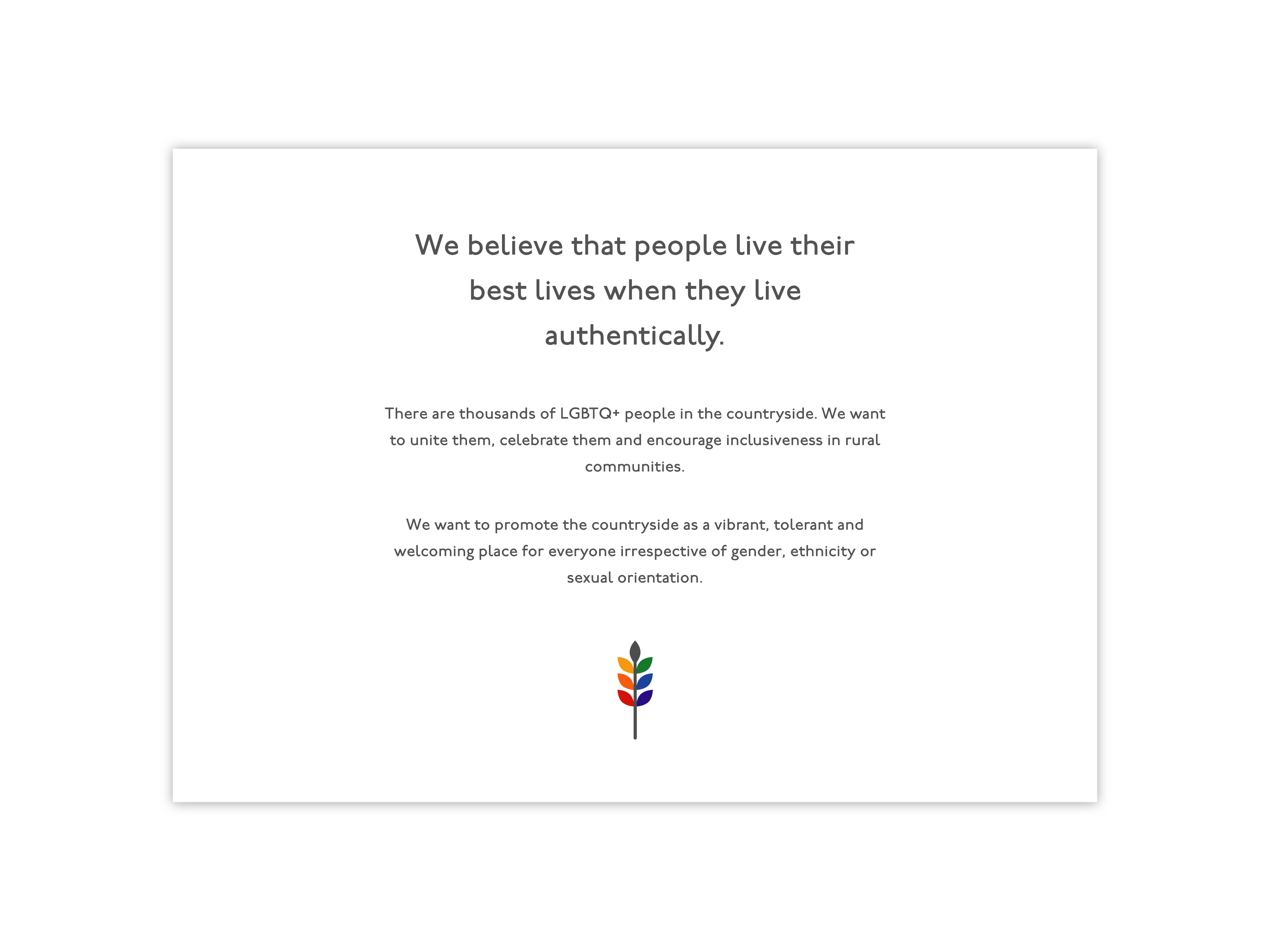 Whilst being aware of a logo’s limitations we both recognised that on this occasion we needed an iconic logomark – something simple and immediately recognisable that would be a shortcut for Agrespect’s mission and values. It needed to be responsive and impactful when used both digitally and on merchandise at all sizes.

Matthew and I both felt it was important to include the pride colours but we shied away from more traditional iconography of rainbows and flags as these were already ubiquitous in the LGBTQ+ community. We also wanted a simple shape that would represent the agricultural aspect of the network

I created a simple, symmetrical design of an abstract head of wheat with rainbow colours represented on 8 of the 9 seed pods. The beauty of the final logomark is in its simplicity and timelessness.

The wordmark is very simple but able to stand alone, it is not used as prolifically as the logomark but still needs to be strong.  We settled on a lowercase sans serif font that when used with the logomark, compliments it but doesn’t detract from it. 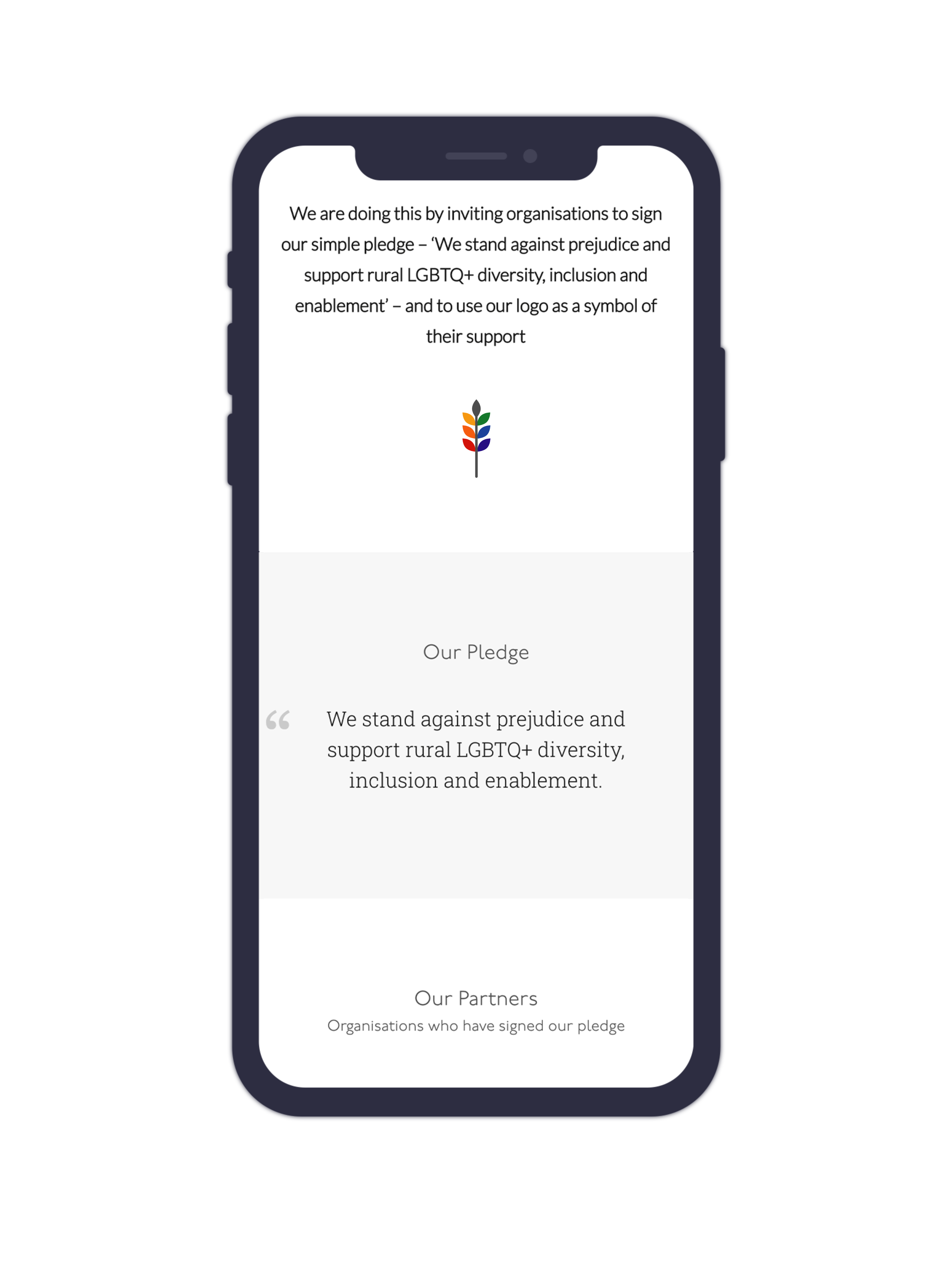 I created the website UI and UX with an emphasis on simplicity and ease of use where information is easily accessible and signposting was clear and concise.

I chose to use P22 Underground Typeface from P22 Type Foundry, a sans serif font with excellent readability that is available in a variety of font weights.

A template was created for each individual story page to ensure consistency and avoid confusion for the end user. Each page includes the name, job within agriculture and a lead paragraph, followed by main story content and images.

The colour palette is monochrome with good contrast ensuring contrast ratios meet accessibility guidelines. This also allows the imagery to be the main focus. 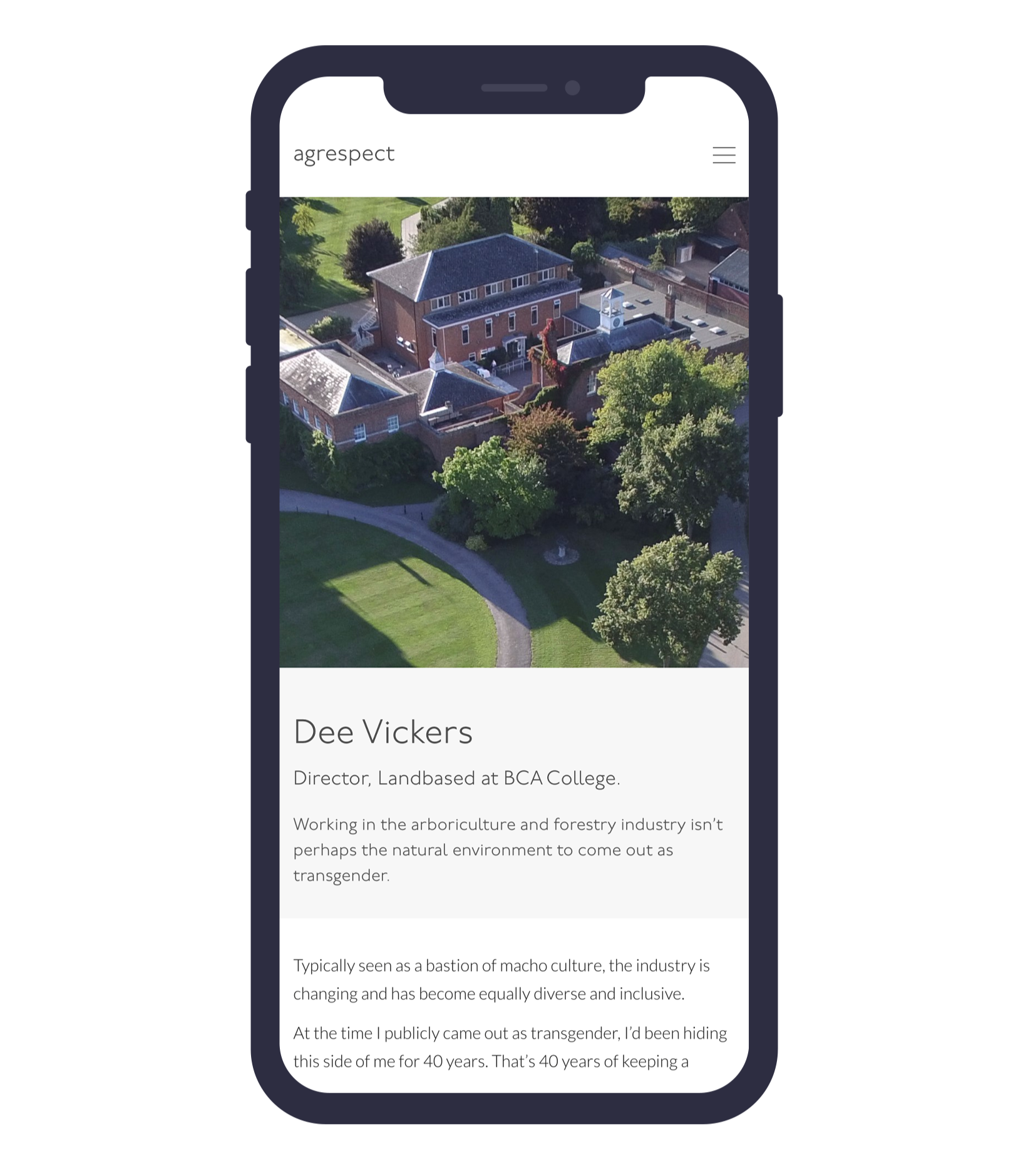 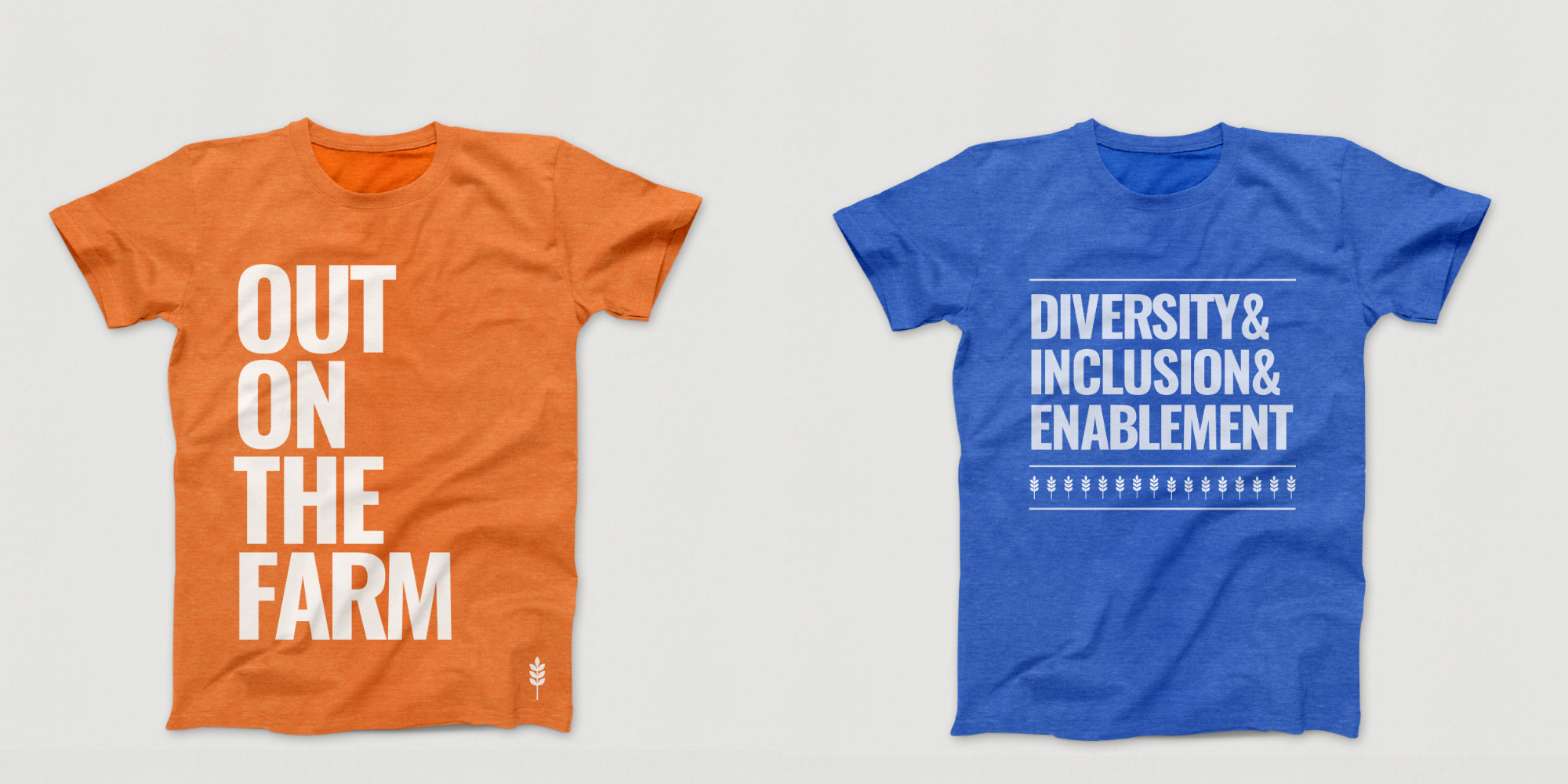 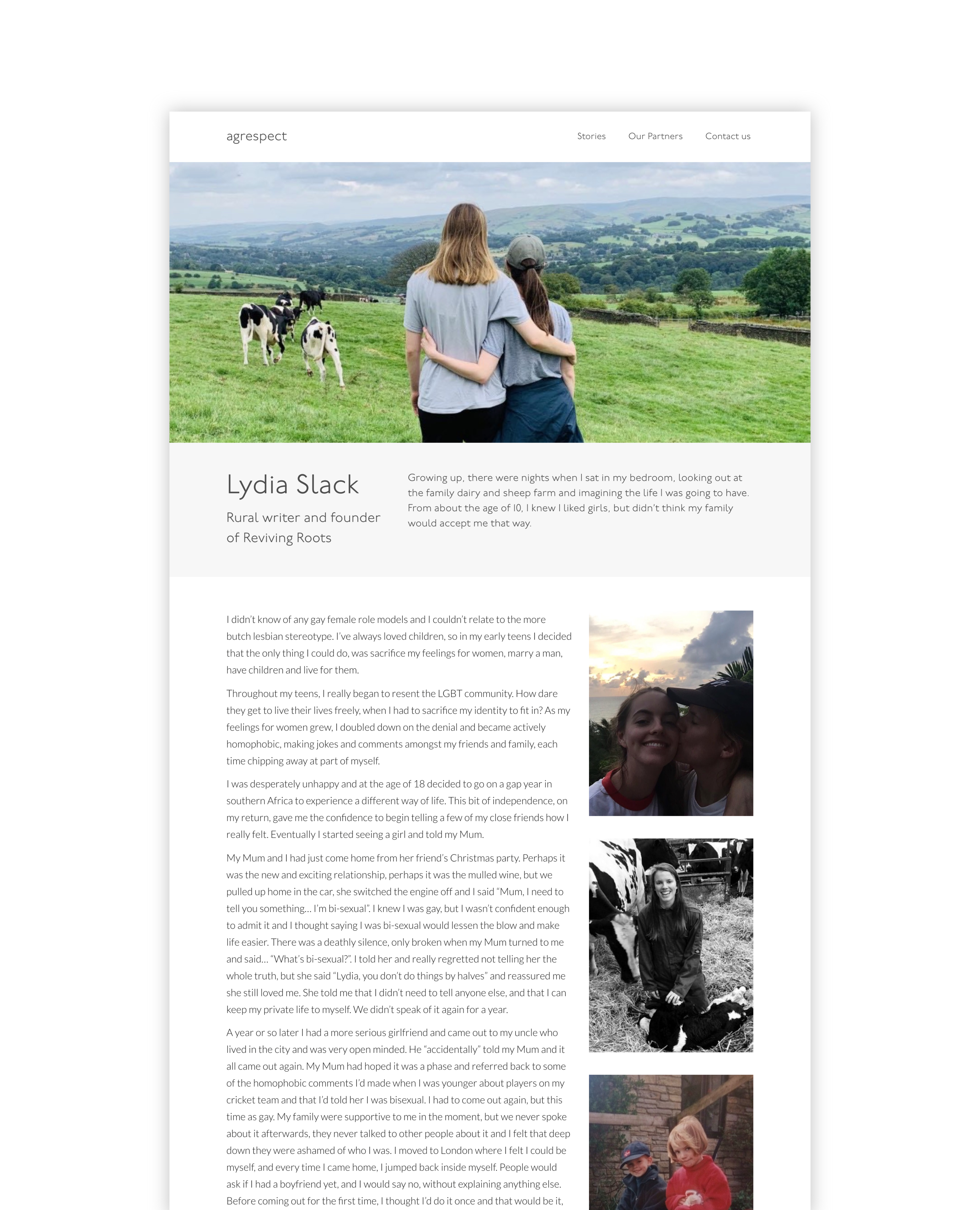 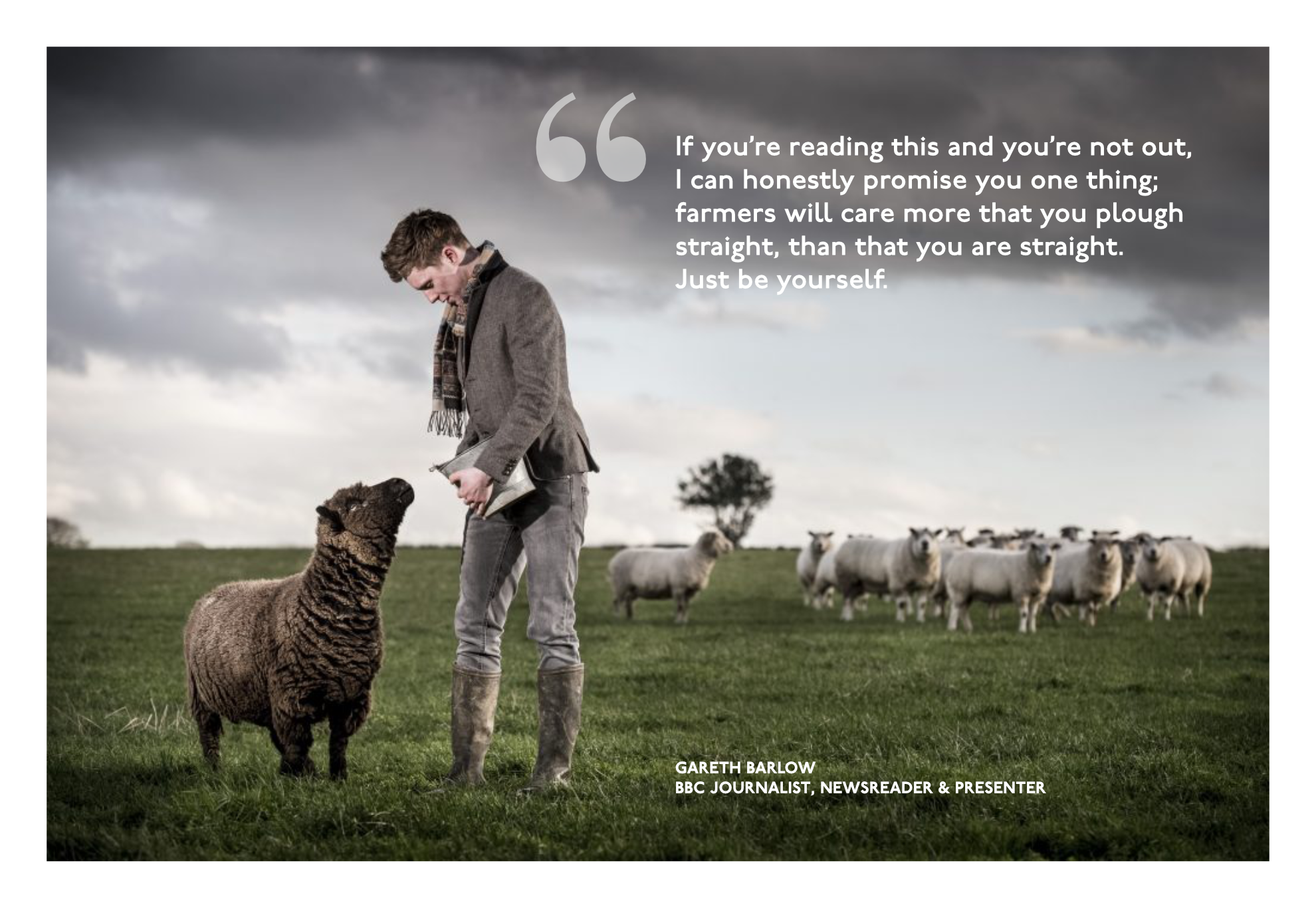 Agrespect launched at the end of 2018 to huge success, the reaction was immediately overwhelming. So many people wanted to share their stories, so many organisations wanted to be involved. Articles started hitting the press about the network and the team even ended up at DEFRA HQ to meet Michael Gove so that he could sign the Agrespect pledge.

The Agrespect pin badges have also become ubiquitous within the farming world with many people sporting them to show their support for the LGBTQ+ community.

One of the real high points of a year of many high points for the network was having an Agrespect float in Brighton Pride. Not so much a float as a rainbow painted Massey Ferguson tractor renamed Sassey Ferguson! The reception was overwhelming, Matthew said ” Half a million people cheering a tractor is an amazing sound. Someone just shouted “We love you, farmers” and it’s the closest I’ve come to crying since the 1990’s”.

Liz first became involved with Agrespect when it was just a loose concept without even a name. She bought expertise and passion to the project which helped to hone a clear strategy. The visual identity which she created is universally loved. Liz was pivotal in building the enormous network of national businesses who are helping to bring positive changes to rural lives. 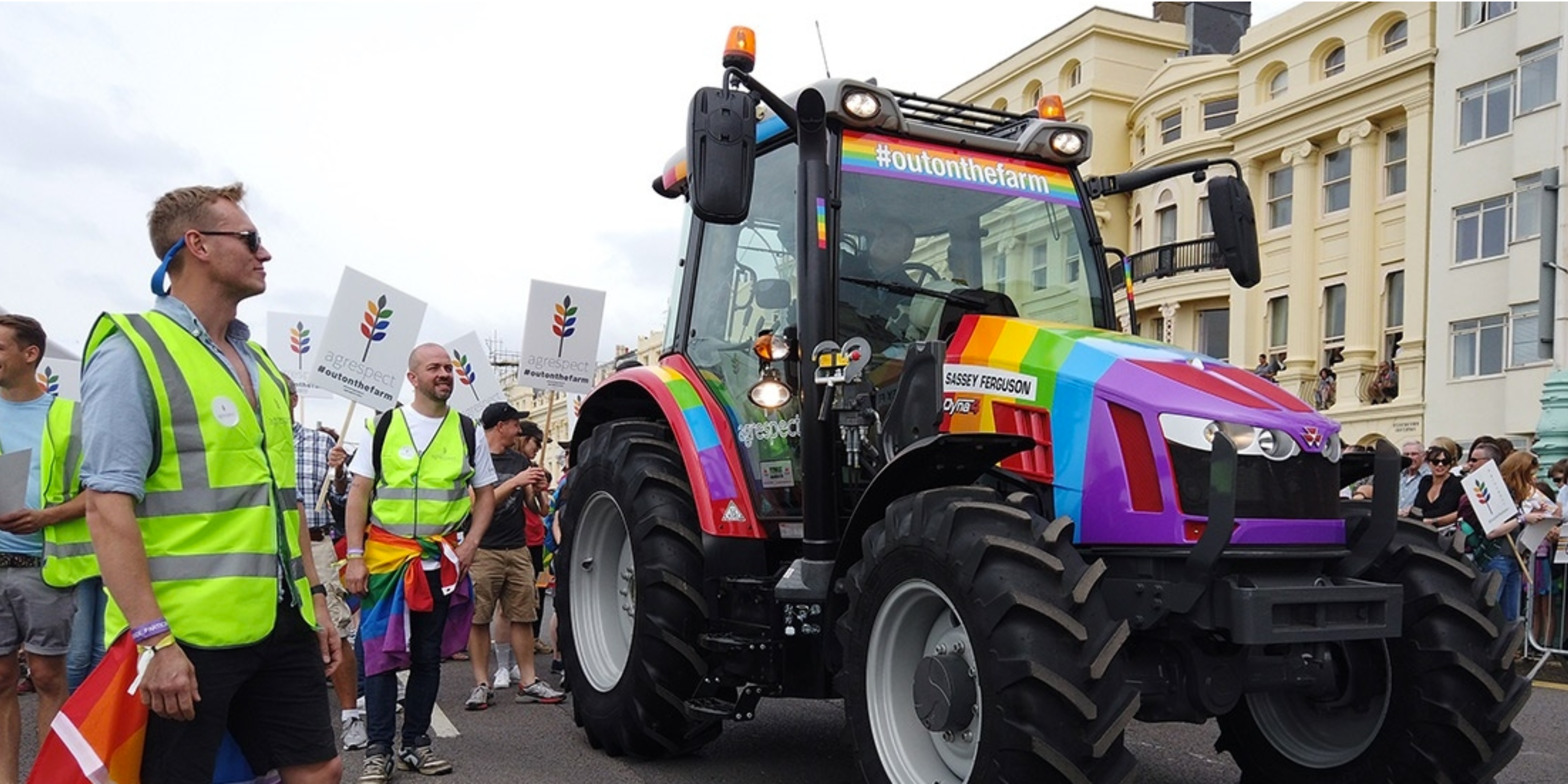 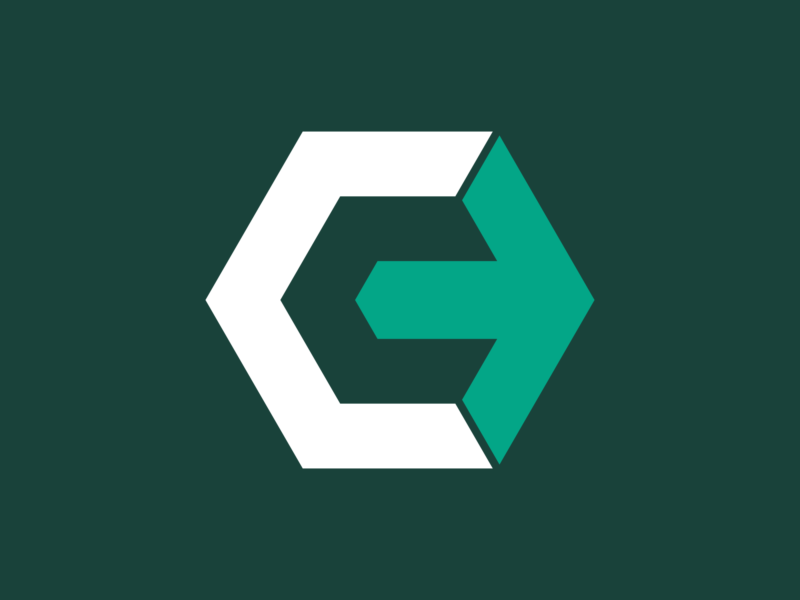 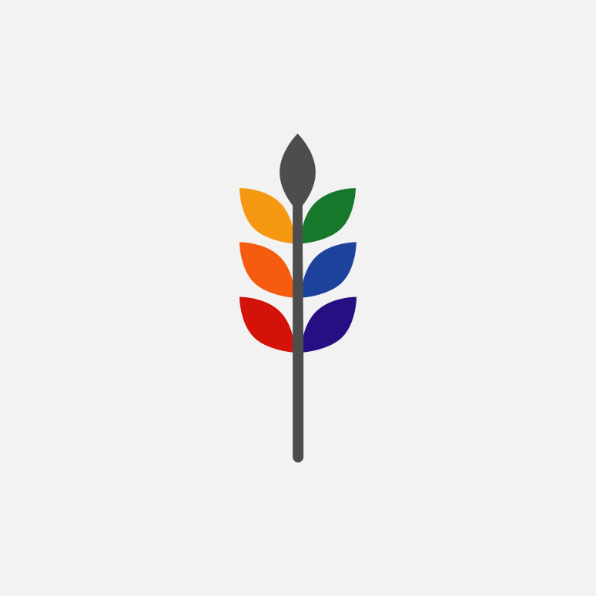 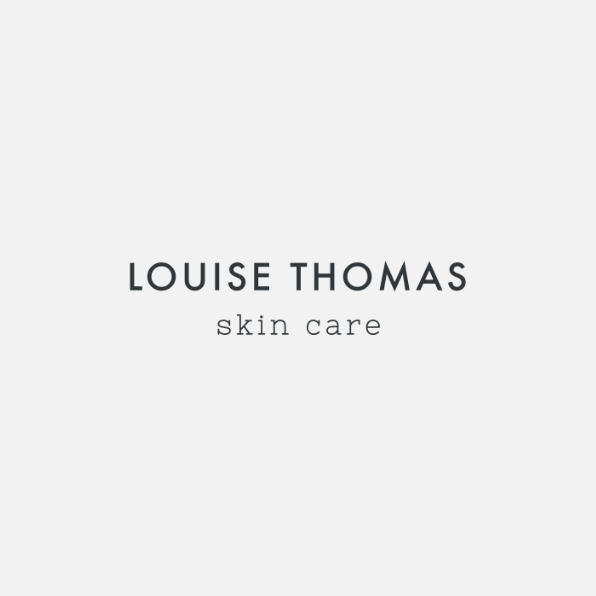